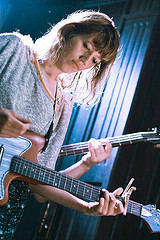 “I got to interview one of my favorite authors, Douglas Coupland, for Guttersnipe in Vancouver. Check it out: http://www.guttersnipenews.com/features/homepage-features/douglas-coupland-vivian-girls/ “

Vivian Girls play “Amoeba” with Tony Cadena from The Adolescents in LA (May 1, 2011)

“A video of us playing Amoeba with Tony Cadena from the Adolescents on vocals!!!!” from Twitter/ Vivian Girls 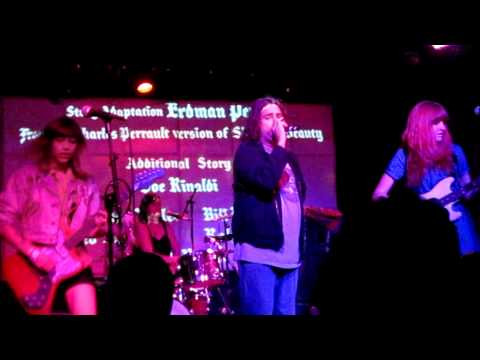 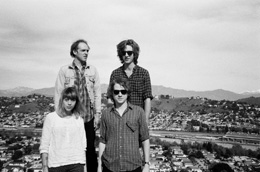 “(This is not a great tumblr page so far, I know.)

Anyways, we are playing some shows! With Times New Viking!

More info to follow! Also, playing some shows in June too. And recording.” 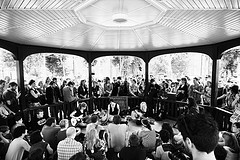 “Internet buzz-band fame is arguably not far from reality-show fame. You get all of the annoying aspects of public recognition, few of the rewarding ones (like money), and there’s no guarantee of a viable career past your second album. So Vivian Girls deserves serious respect for sheer tenacity. In 2008 the Brooklyn trio released a flawed but spirited debut LP. Literally within weeks, the three young women found themselves the subjects of frankly unrealistic expectations. They plowed through the chatter with a solid second album, Everything Goes Wrong, and spent most of 2010 with separate projects. Bassist Katy Goodman (a.k.a. Kickball Katy) played in All Saints Day and toured with La Sera, while guitarist/songwriter Cassie Ramone played solo shows and released an album with the Babies.

The time off seems to have done them good. The new Vivian Girls album, Share the Joy, is its most ambitious and rewarding to date.  (…)” 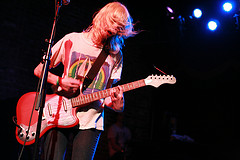 “Stopping off for a coffee, Cassie Ramone starts the interview in a breezy fashion. Beside her, New York stumbles by before an ambulance screams past to remind us that this is still The Big Apple.

Time and place count for a lot. Arriving with their compact yet sublime debut album, Vivian Girls split opinion. To their devoted fans, the trio were a charming, ramshackle throw back to the golden era of Sarah and K Records. To their critics, the band was little more than the latest fad Williamsburg had dreamt up in an attempt to frustrate them. (…)” 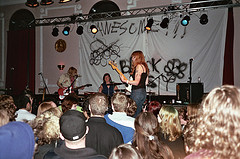 Dreamy three-piece Vivian Girls are back drowning out the shadowed backdrop of New York buzz with their aired-out country sounds. In the third album of their career, Cassie Ramone and Kickball Kathy have recruited new drummer Fiona Campbell to build on the Vivian Girls fledgling empire. Their new album, released through Polyvinyl Records and titled ‘Share The Joy’, marks a harmonious transition from the bands former New York inspired thrash sound. (…)”