The Babies Reveal ‘Our House on the Hill’ Album Details • News • exclaim.ca

“By Gregory Adams
Earlier this month, Vivian Girls and Woods offshoot the Babies delivered their “Moonlight Mile” / “Places” 7-inch to tease an upcoming full-length called Our House on the Hill. When the single was first announced, we didn’t know when the group’s impending second full-length effort would arrive, but the band have now confirmed Woodsist Records will release the album on November 13.

A press release explains that the band left their Brooklyn borough last February to track the LP in Los Angeles with producer Rob Barbato (Darker My Love, the Fall, Cass McCombs). The record apparently showcases “hushed dirges, melancholic travelling odes and squealing rave-ups,” with singer-guitarists Kevin Morby and Cassie Ramone taking turns on the mic. Our House on the Hill also introduces new bass player Brian Schleyer into the fold.

As can be expected, “Moonlight Mile” figures into the tracklisting, but other highlights are said to include the Shangri-Las-styled “See the Country” and opener “Alligator.” You can peep the tracklisting down below and the album art up above.

Our House on the Hill:

FIRST SHOW OF THE SEMESTER

PAID FOR BY YOUR MANDATORY STUDENT ACTIVITY FEE

Punknews Podcast for the week for August 21, 2012 | Punknews.org

“This week on the Punknews Podcast: Adam White and John Gentile are joined by Kickball Katy Goodman of New York City low-fi garage punks Vivian Girls to discuss Pussy Riot and an upcoming benefit show in LA. We also tackle the week’s controversies, including Rage Against The Machine‘s Tom Morello vs Republican VP candidate Paul Ryan, and the Alpha and Omega blow up in Vancouver. Adam also tries to reminisce about Less Than Jake‘s Borders & Boundaries but John has no idea what that is.

…all this and music from Mischief Brew, Brain Dead Car 87.

You can click Read More to stream and/or download the show, or subscribe via RSS or iTunes. You can always send us your feedback in the comments section or via e-mail.”

Björk, who recently dedicated “Declare Independence” to the band, is now selling Pussy Riot T-shirts in her webstore to help the group pay legal costs, and prevent their children from being put into foster care. That’s one design, above; another is below. Men’s and women’s sizes are available for £20 each with all profit to Pussy Riot.

On August 27, Vivian Girls will play a Pussy Riot benefit show at the Smell in L.A. The lineup also includes Pangea, Haim, and Kremlin Head (which features members of No Age and Mika Miko performing punk covers). Proceeds will benefit the Pussy Riot Legal Defense Fund; tickets are on sale now.”

August, 26 – Update : “Benefit show news! Haim is no longer playing, but Business Cats are taking their place!! (…)” from twitter/PussyRiotLA 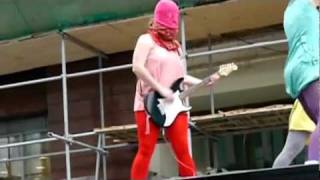 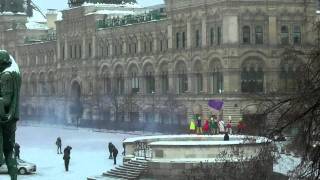 Videos: The Babies acoustic performance in the EVR studio on Death By Audio (January 31, 2012) 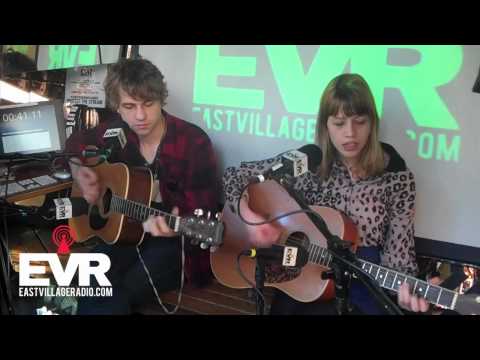 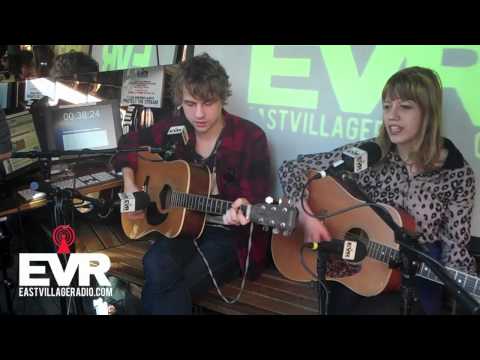 “As part of our kickstarter campaign we are hosting a fundraiser party with our friends Races, Living Things, Cold Showers, WL (feat. members of Blouse) plus special guests.

An $8 donation gets you in the door.

Listen to a new Ali Koehler song: “Not Like Me”

“We are extremely honoured to unveil a sweet sweet slice of indie pop this week. It comes from Ali Koehler, a very talented young woman who has put in a good amount of time behind the drums for bands such as Vivian Girls and Best Coast. These days you’ll find her working on her own recordings; infact ‘Not Like Me’ was written exclusively for the Pizza Club in Ali’s living room and recorded in rehearsal rooms in Echo Park.

The song itself is a melodic but all-too-short stroll through tales of not being able to leave the house and doing “stuff to keep you busy whilst you die”. Despite all of this bleakness, there’s something about ‘Not Like Me’ that transcends the melancholy and turns it into a joyful lesson of how to do self depreciation properly.

The one physical Pizza Box copy of this release will go live at the slightly later time of 3pm, and will be available from our Bandcamp. In the meantime enjoy the free download above or from our Soundcloud.”

“In the five years since Cassie Ramone first started playing in a band—she’s now in two, Vivian Girls and The Babies—the Brooklyn-based musician learned many things, but, perhaps most importantly, how to pack for a long trip. “For the Vivian Girls’ first full U.S. tour, I literally only brought a pair of shorts, a pair of pants, a flannel [top], and two T-shirts,” admits the singer-guitarist, adding, “Now I pack a little heavier than that.” For her most recent road outing, crossing the U.S. with The Babies to share tracks off of their upcoming sophomore album, Our House on the Hill, Ramone estimates that she’s got about five outfits to last for the entire trip. (…)”