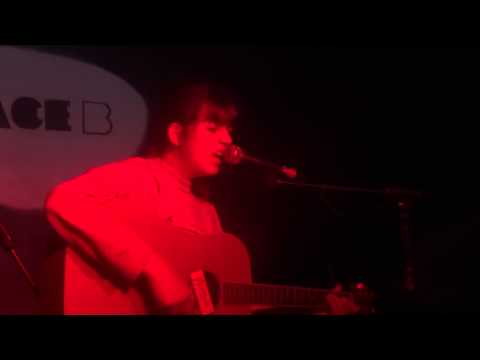 Robin Sloan and Cassie Ramone at the Originals Series

“Rocksmith 2014 Edition is the second installment of the music hamming game, allowing players to plug any real guitar or bass directly into their game system to begin their musical journey. With a completely redesigned interface and all-new features, Rocksmith 2014 Edition is tailored to better teach the key elements of guitar playing, and to make learning faster and more fun than any other method. […] With these flexible and deep practice tools, it’s never been easier for players to play their favorite songs on guitar or bass.

Rocksmith 2014 Edition also features a new track list with more than 50 hit tracks, including “Stone” by Alice In Chains, “Walk This Way” by Aerosmith, “Knockin’ On Heaven’s Door” by Bob Dylan, “The Chimera” by The Smashing Pumpkins, “Don’t Look Back In Anger” by Oasis, “ultra soul” by B’z, a famous pop-rock Japanese band.” 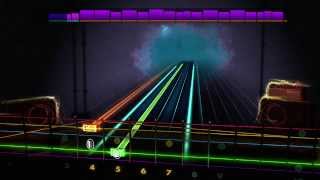 “They Hide Their Eyes” 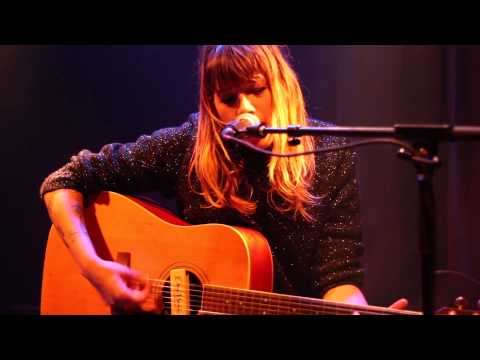 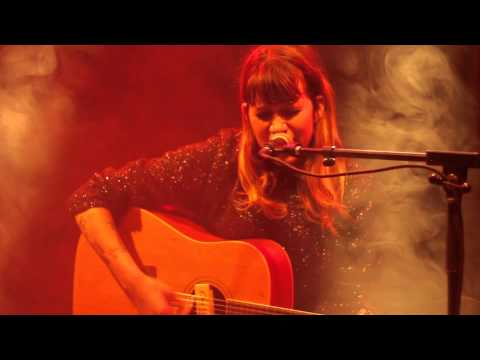 An Interview With UPSET | rara – a world of music

“We recently had a somewhat impromptu chat with Jennifer Prince, the guitarist in Upset, a female punk rock trio headed by Ali Kohler (ex-Vivian Girl and Best Coast drummer) and Patty Schemel (formerly the drummer of Hole) over the phone. She was at work, I was too.

We discussed the new record (out on Don Giovanni now), how regionalism is what you make of it, and what tacos trucks in LA leave her demanding more.

rara: Yeah. That’s understandable. Speaking of band stuff, I noticed you guys are going on tour soon. Are you really excited about that?”

“Upset is laughing about wearing superhero costumes on tour.

“When I hear ‘supergroup,’ I always think of, like, Styx and Ted Nugent,” drummer Patty Schemel says. “It’s better than ‘worst group,’” Ali Koehler says, digging into fish tacos at the dimly lit L.A. restaurant Senor Fish.
Along with guitarist Jenn Prince, Koehler and Schemel are giddy. They’re about to practice with a new bassist who could round out their so-called “supergroup,” power-pop trio Upset, that has the music world in a tizzy.

And well it should. The possibilities for Koehler’s new band are dizzying.”

“Despite its members’ resistance to the title, Upset is the very definition of a supergroup. Ali Koehler, who formerly drummed for both Vivian Girls and Best Coast, bonded over Twitter with ex-Hole drummer Patty Schemel, and the two eventually collaborated with La Sera guitar player Jennifer Prince, forming a power-punk trio with both remarkable skill and enviable histories. The group releases their debut LP today, the crunchy and treacly She’s Gone, and with that release comes a short tour with Screaming Females, small doses of anxiety and excitement, and the chance to prove that supergroups can, in fact, live up to their legacies.

Upset, as it turns out, is more than equipped to face the proverbial music, as their brand of lo-fi-turned-hi-fi garage pop is as convincing as it is dripping in charm.”

Get Upset by Megan Seling – Seattle Music – The Stranger, Seattle’s Only Newspaper

“Get stoked, pop punk fans, your favorite record of 2013 is out this week! Upset, the new trio featuring Ali Koehler (Vivian Girls), Patty Schemel (motherfucking Hole!), and Jennifer Prince, are releasing their debut, She’s Gone, on October 29, and it is the best sugary delight one could hope to find in the bottom of their trick-or-treat bag.

The songs—nearly all of them falling under the three-minute mark (as any decent pop punk song does)—bounce through memories of going back to school, dealing with mean girls, and messing around with crushes. While its youthful energy is definitely fun enough to still resonate with adults, it’s also the record you should pass on to any tweens and teenagers you know—Upset’s perfect balance of confidence and unpretentiousness will inspire anyone who listens to pick up a guitar or drumsticks (or at least have a very loud sing-along in their bedroom).

“The other day I was complaining to a friend about how there were no ’emo’ bands that were fronted by women. Although I will always hold Brand New and Taking Back Sunday close to my heart, it would have been awesome to have some female voices to relate to during my angsty teenage years. I wouldn’t label Upset’s debut album She’s Gone as ’emo’ by any means, but it does speak to me in the same way albums like Your Favorite Weapon and Tell All Your Friends once did. The pop-punkesque songs cover topics from mean girls to absent boys and I could easily hear this CD spinning on my old boombox as I angrily scribbled in my journal in 2004. It’s one our favorite albums of the fall, which you’ll be able to learn more about in our upcoming review of the She’s Gone.”

“Another solid lineup of local bands at The Echoplex as Upset kicked it off early. Female punkers Upset received their first flowers from fans. Ali Koehler (guitar/vocals), Jennifer Prince (lead guitar/vocals), and Patty Schemel (drums) have a new album She’s Gone and make another appearance at The Echoplex in November with Screaming Females. Accomplished musician Rachel Haden filled in on bass.” 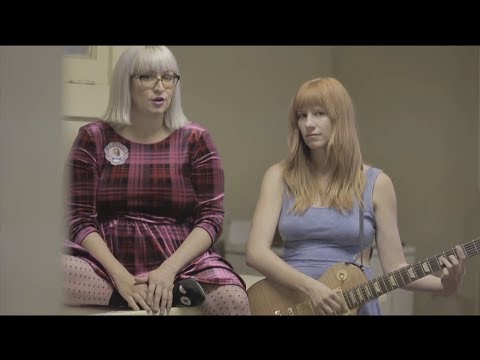 Special thanks to The Church on York

Upset – You and I (Official Video [Clean Edit]): https://www.youtube.com/watch?v=zHC-fR8MM1c

Rookie » Upset: You and I

“Upset might be the first supergroup formed via Twitter. When Ali Koehler (formerly the drummer for Vivian Girls and Best Coast) discovered that Patty Schemel (ex-drummer for Hole) followed her, she DM’ed her to offer her babysitting services. Eventually, of course, they got around to talking about music, which led to talking about playing together, which led to recruiting guitar player Jenn (who was in La Sera) and forming a band last November. The group’s debut album, She’s Gone, recorded in a week and released on October 29, features shoegaze-y pop-punk songs written mostly by Koehler. The women still maintain their day jobs (Koehler is a nanny, Prince works in IT, and when she’s not on tour Schemel is a full-time at-home mom), and next month they will be touring the West Coast in Schemel’s minivan, opening for Screaming Females (those dates are listed here).”

“For the past few years, Ali Koehler has been best known as the drummer of the pop group Best Coast and the noisy girl punk trio Vivian Girls. After her departure from Best Coast, Koehler decided to step up from behind the kit to front a band of her own, embracing her melodic punk-spirited songwriting impulses with Upset.  Joined by Patty Schemel (of Hole) on drums and Jennifer Prince on lead guitar and vocals, Upset will release its massively hooky debut record, She’s Gone, this fall.

With 12 songs in just under 30 minutes, it’s a pop-punk album that immediately sounds classic, full of unshakeable hooks and the sincerest of shouts. It is fitting that She’s Gone will see a release with Don Giovanni Records; the record could easily fit in the record collections of Ergs or Lemuria fans.  She’s Gone was recorded primarily at Koehler’s house in April of 2013 by Kyle Gilbride of Swearin’.”

A: Cassie Ramone – I’m a freak
B: Xray Eyeballs – Only You

listen to the songs: https://soundcloud.com/siluh/sets/cassie-ramone-xray-eyeballs