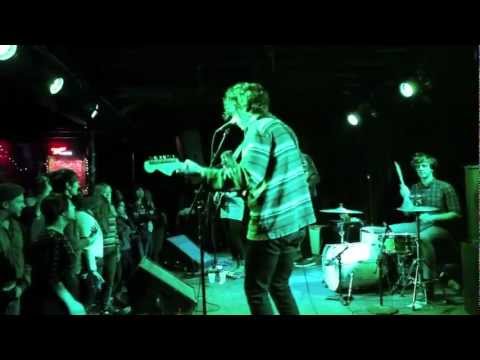 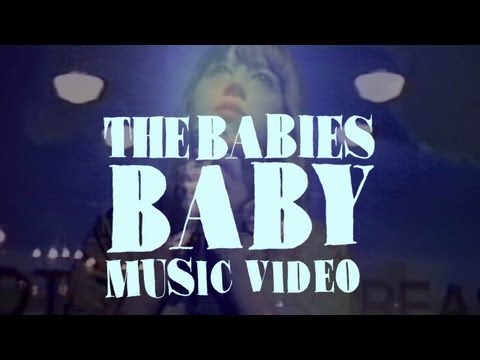 B Side: Cassie Ramone – I Don’t Really Wanna Go

The fifth release in the LAMC 7” Series. The tracks will also available on the FAMOUS CLASS bandcamp page with 100% of the digital proceeds going to the Ariel Panero Memorial Fund at VH1 Save the Music.

We are launching the LAMC split 7” series in loving memory Ariel Panero, our dear friend and a partner in Famous Class.

The series gets its name from the epic Less Artists More Condos concerts that Ariel threw, showcasing amazing bands in some strange and unique venues. Ariel’s driving force was a desire to get the bands he believed in the recognition he felt they deserved. This series simply tries to honor that idea.

For each LAMC split 7” we ask one of our favorite bands to provide us with an unreleased track for the A-side. We then asked them to pick their favorite emerging artist to provide a track for the B-side. Ariel’s LAMC shows introduced New Yorkers to bands they might not have otherwise discovered – we hope that this series will do the same. We’ll also make the tracks available on the FAMOUS CLASS bandcamp page with 100% of the digital proceeds going to the Ariel Panero Memorial Fund at VH1 Save the Music. 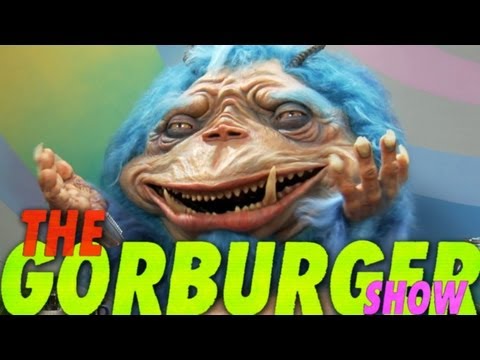 Funny or Die & The Warner Sound present The Gorburger Show EP 9 featuring La Sera
WARNING: The following program contains strong language. Viewer discretion advised.
Gorburger – an alien from outer space – has invaded and taken a Japanese news network hostage as host of his own talk show interviewing bands, musicians and celebrities all the while satisfying his thirst for bloodlust. Presented by Funny or Die and The Warner Sound.

“When we first emailed Katy Goodman, her band, La Sera, was touring the midwest around the same time Hurricane Sandy was touching down on the New Jersey coast. Though she’s now based in LA, Goodman’s from Jersey originally, and fortunately her family made it safely through the storm. That’s not why we were emailing her though.

Goodman had posted on her Instagram about a reference to a make-your-own merch station at her tour stops. Turns out she was kidding about the merch station. Kind of.”

“Hey Sandy, We’re Still Here is a rock and roll benefit featuring bands from near and far, all of whom have some connection to the areas affected by Sandy.

Among its dozens of tracks, Hey Sandy features a new song from Shark River Hill’s Nicole Atkins, a b-side from Ridgewood’s Real Estate, a never-before-heard track by Jersey City’s American Watercolor Movement, a song from La Sera (aka Kickball Katy), an early interview of a young Neil Hamburger by a pre-Best Show (and one of Jersey’s favorite sons) Tom Scharpling, a brand new song from Tuckerton’s The Everymen, a new track from Bayonne’s Cold Fur which boasts former members of Rye Coalition, a tune from Long Island’s Nude Beach, songs from Those Mockingbirds, Cinema Cinema, pow wow!, Holy City Zoo and I Am The Heat, along with contributions from bands and artists from all across New Jersey, New York and Connecticut. We even went bi-coastal and scored a track from Los Angeles indie rockers NO.

For a minimum donation of $5 (after $5, it’s pay what you want with absolutely no maximum) you can get all the songs on this compilation, with your donation going straight to the American Red Cross.

Please help out, donate, enjoy and most importantly, spread the word.” 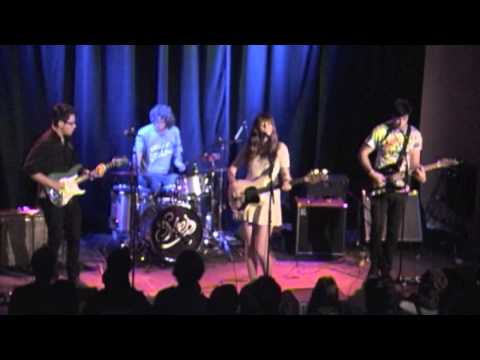 The most underrated (…) person in music | Longtail | Impose Magazine

“A discussion among the Impose editors prompted a question: Despite her strong resumé, why does Cassie Ramone remain a largely unheralded musician within the critical community? And what percentage of the negativity should be perceived as sexism? Though philosophical in nature, Impose founder Derek Evers sat down with Cassie on a warm summer evening to discuss these matters. The Babies’ new album, Our House On The Hill, is out today on Woodsist.”

“The hard-not-to-love garage-pop quartet The Babies represent 21st-century Northwest Brooklyn through and through: the band was born in Williamsburg and Bushwick, and founding members Cassie Ramone and Kevin Morby are best known for their associations with two indie essentials of the past decade, Vivian Girls and Woods. And yet it was that other coast’s rock enclave, the Echo Park area of Los Angeles, that gave birth to The Babies’ new second album, Our House On The Hill, as well as its title.

A temporary band relocation there in 2011 [The Babies’ lineup also includes drummer Justin Sullivan and bassist Brian Schleyer], and an LA recording session earlier this year, resulted in a record that is more focused and 50 percent less ramshackle than the band’s self-titled debut, which was largely a collection of singles. And while there are plenty of rocking moments—driving single “Moonlight Mile,” Ramone’s “Baby”—there’s a new wistful and folkier side on display as well, on the acoustic charmer “Mean” and “That Boy,” with its damaged, heartfelt shades of The Velvet Underground. Our House On The Hill is an undeniable step up, and another reason to make some room in your life for the band. And, West Coast inspirations aside, where else could we meet up with Morby and Ramone but Brooklyn? In keeping with the “familial” vibe, our chat with The Babies took place at Daddy’s, a certifiable indie hangout.”

“Ramone is in the bands Vivian Girls and The Babies, whose new album is out Nov. 13. As an artist, she re-created an aisle of Walgreens at the 619 Arts Building in Seattle.

Describe your music in three words.
Tell the world.

Which came first, the art or the music?
I’ve been obsessed with both from a very young age, so it’s hard to say.

What is the relation between songwriting and making art for you?
I guess they come from a pretty similar place, but there are differences. For both, I filter what I know about popular music and images through my crazy brain and see what comes out. But my art is usually more conceptualized and my music comes from a more primal place.”

Cassie Ramone of The Babies cooks us a recipe from her childhood.

“The one time side-project between Brooklyn lo-fi luminaries becomes a full-time concern, readies its second full-length and Woodsist debut, out next week

The Babies were born as a side project, a means for founding members Kevin Morby (Woods) and Cassie Ramone (Vivian Girls) to “trade song ideas and play house parties.” But in the past two years, the Brooklyn duo has seen the group bloom into another formidable, full-time band. Next week, they will release Our House on the Hill, their second full-length and first to feature bassist Brian Schleyer. It’s a record they recorded away from home, over two weeks in Los Angeles with producer Rob Barbato (the Fall, Cass McCombs, Darker My Love), and without question their varied and engrossing outing to date. Hear it in full below.”

Listen to the album: http://www.spin.com/articles/stream-the-babies-sidewinding-our-house-on-the-hill

SOUNDTRACKING: With La Sera’s Katy Goodman Before Her Show At The Waldorf : Scout Magazine

” For the ultimate insight into the grisly business of rock and roll you could do no better than Katy Goodman. She’s a woman of many hats, both the bassist/sideplayer in Brooklyn power pop darlings Vivian Girls, and also a de facto front person herself in her solo endeavour, Le Sera. Not often can one person offer share what it’s like to be a shadow player as well as the person literally centre stage, in the spotlight. Her newest solo album is the beautiful Seize The Light which a fine new offering to that rock n roll tradition: the break up album. She’s also a hardcore video game junkie (she launched into an analysis of the various consoles and game genres that far-exceeded the scope of this interview) and a lover of hardcore punk and Vancouver’s favourite son, Nardwuar. If you’re a heartbroken, punk rock-loving gamer – or even if you’re not – read on…”

I always see u getting the coco cold brew at little skips but i’m too…………..

You did yoga next to me at body actualized and I’m tryna watch u sweat again………………….

$5, enter thru the front door